Baserri Galdua is a documentary about losing the traditional Basque farm home. Antonio Mercero tells of a disappearing way of life that was historically once widespread in Lasarte-Oria. This work was commissioned by the Lasarte-Oria Town Hall, with the aim of protecting the village's historic heritage.

At the time, Antonio Mercero stated that it was a humble tribute to Lasarte-Oria's country folk, and highlighted the relationship forged with them. In the documentary, there are farmhouses from Lasarte-Oria and the changes in each property are explained. He only found a few farmhouses that worked in the primary sector, since their evolution led many of them to be used only as houses, and others were forgotten. Atsobakar zahar, Tximistarreta, Sasoeta, Oria Txiki, Basoaundi and Txartel are a few examples.

We can also see examples of houses that have adapted to current needs: their economic activity targets agriculture, livestock or cider production. For example, Arrillaga, Larreko Etxea, Pepenea and Telleri Berri.

The narrative thread in the documentary is the search for the most classic and authentic farmhouse.

2006 - Interviews about the documentary "Baserri Galdua" and the rural setting 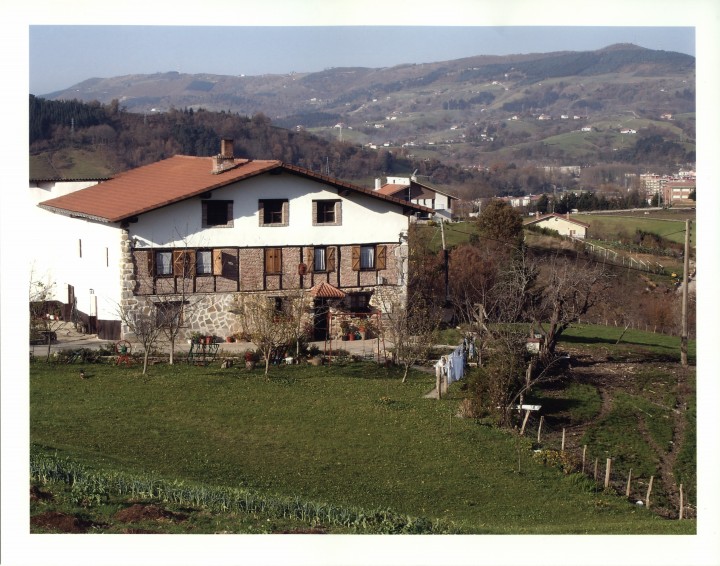 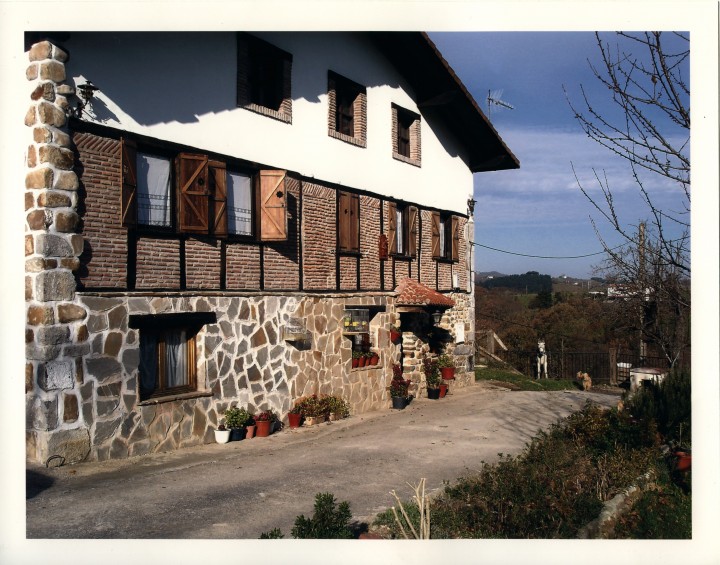 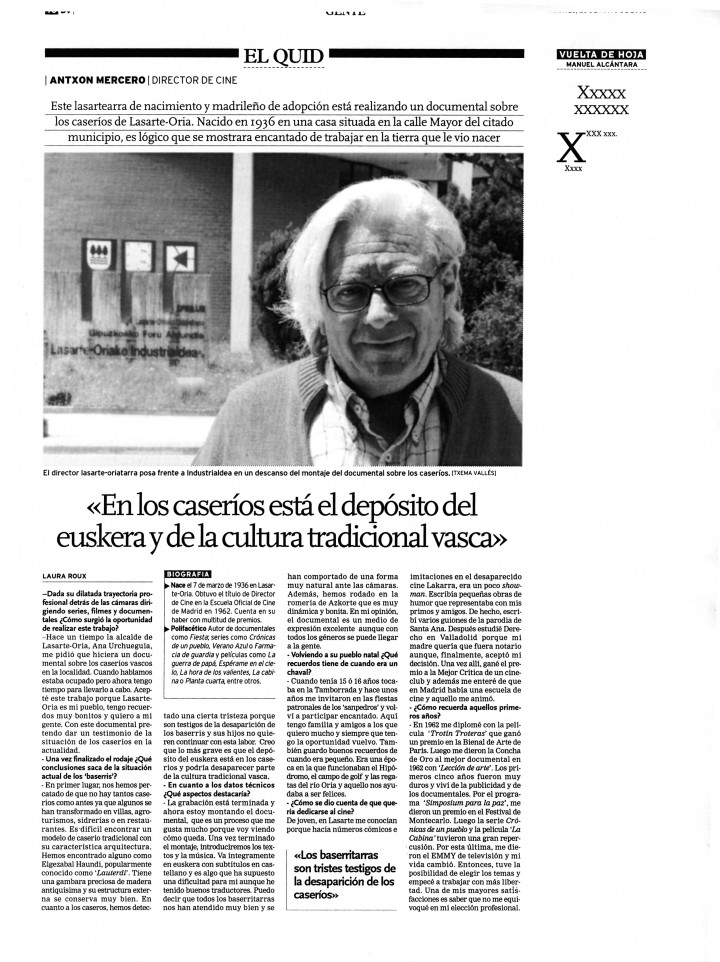 2005 - Antonio Mercero: "The farmhouses are keepers of the Basque language and traditional Basque culture" 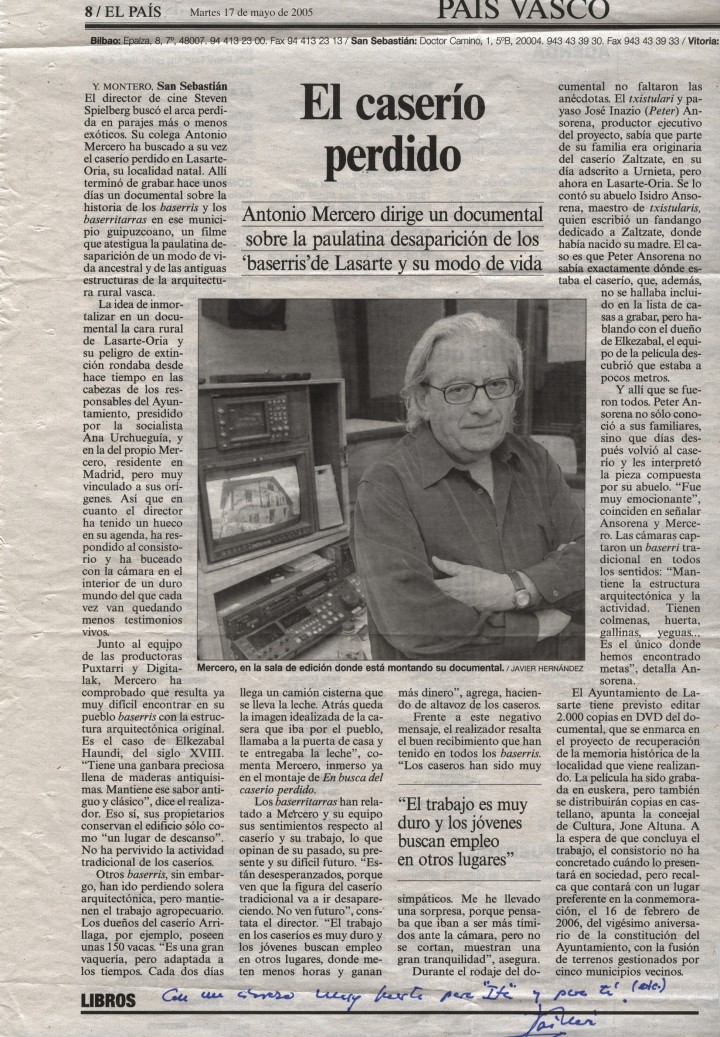 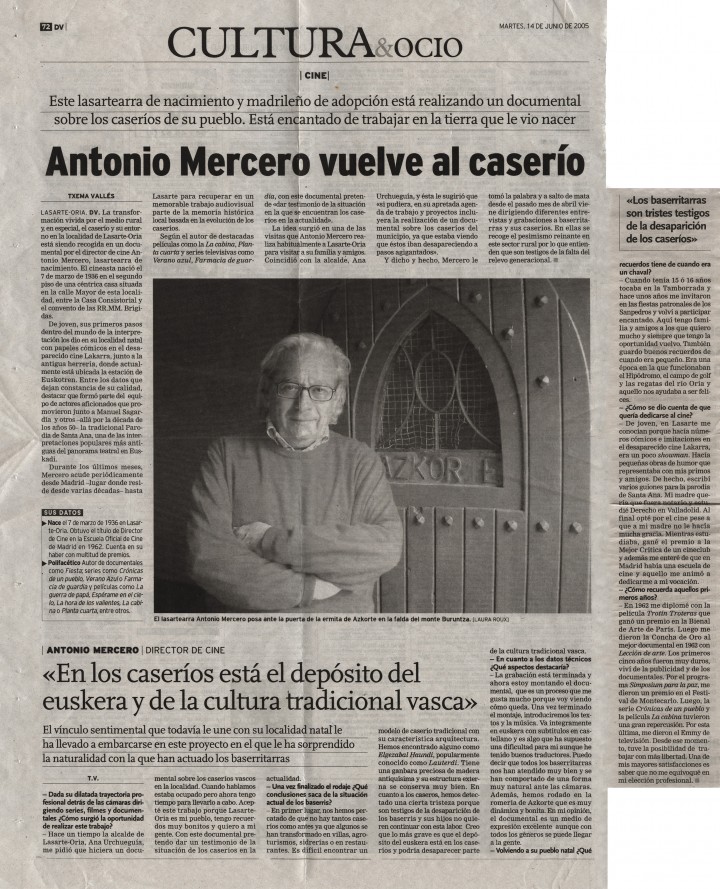 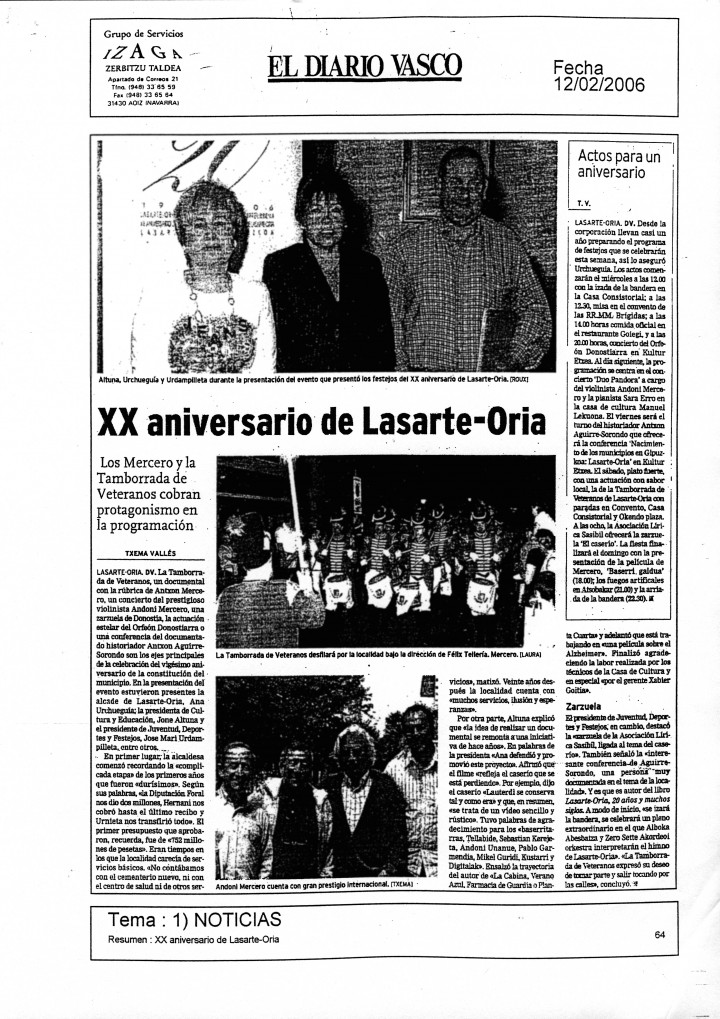 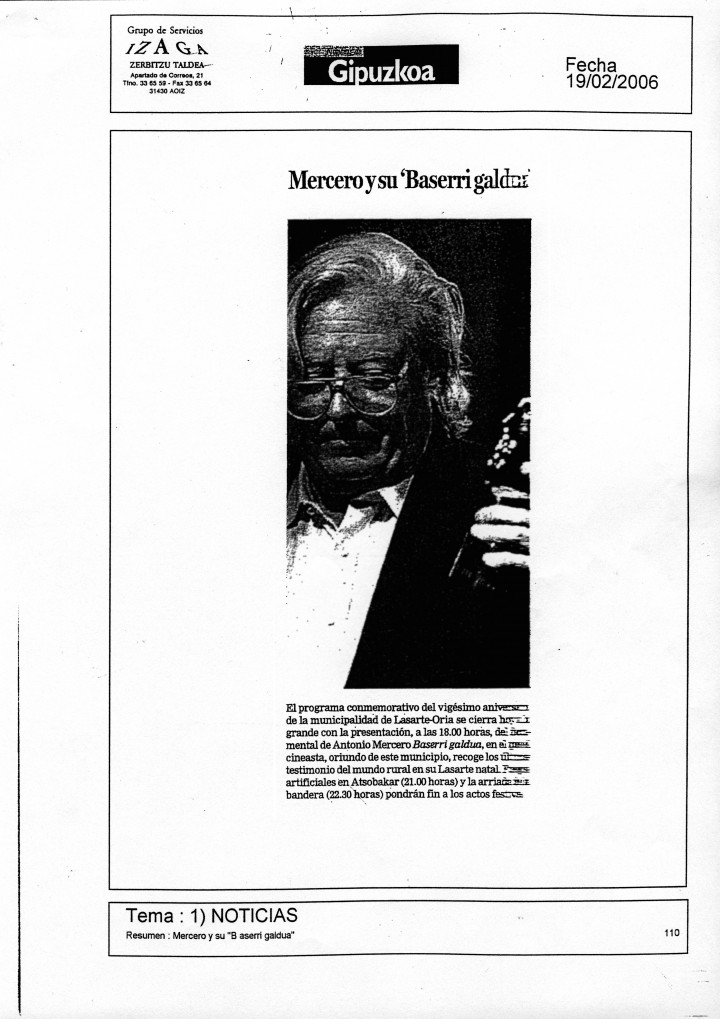 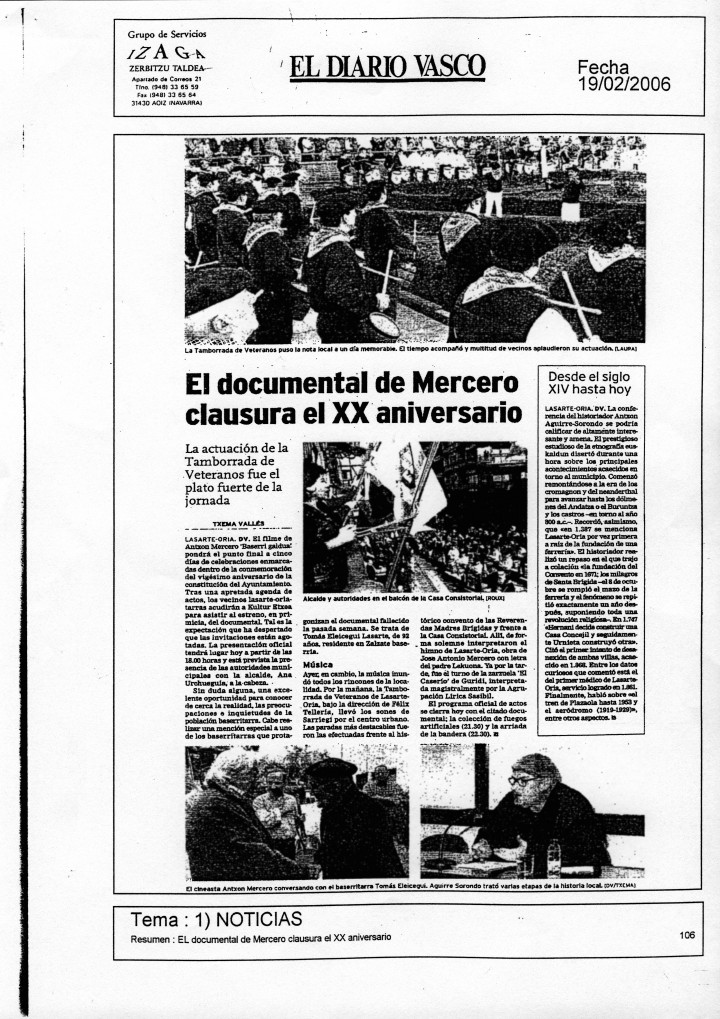 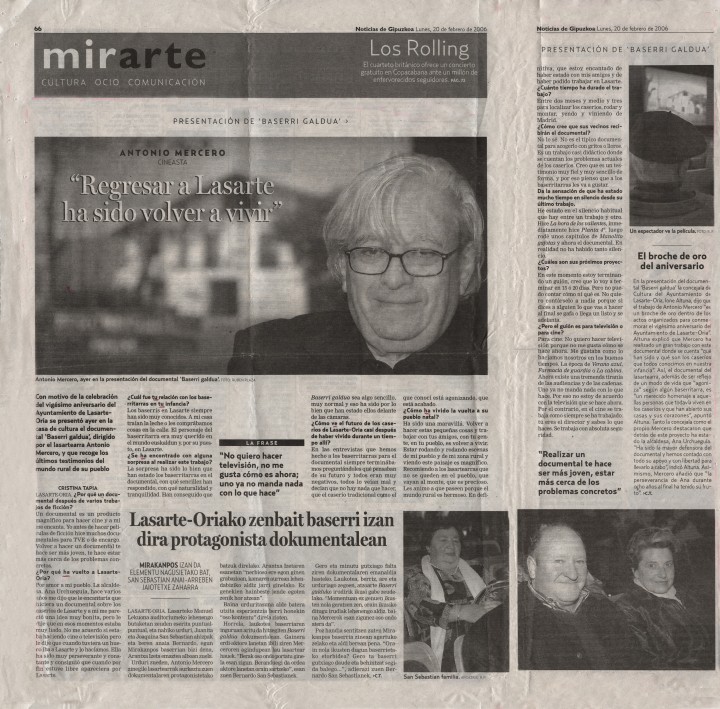 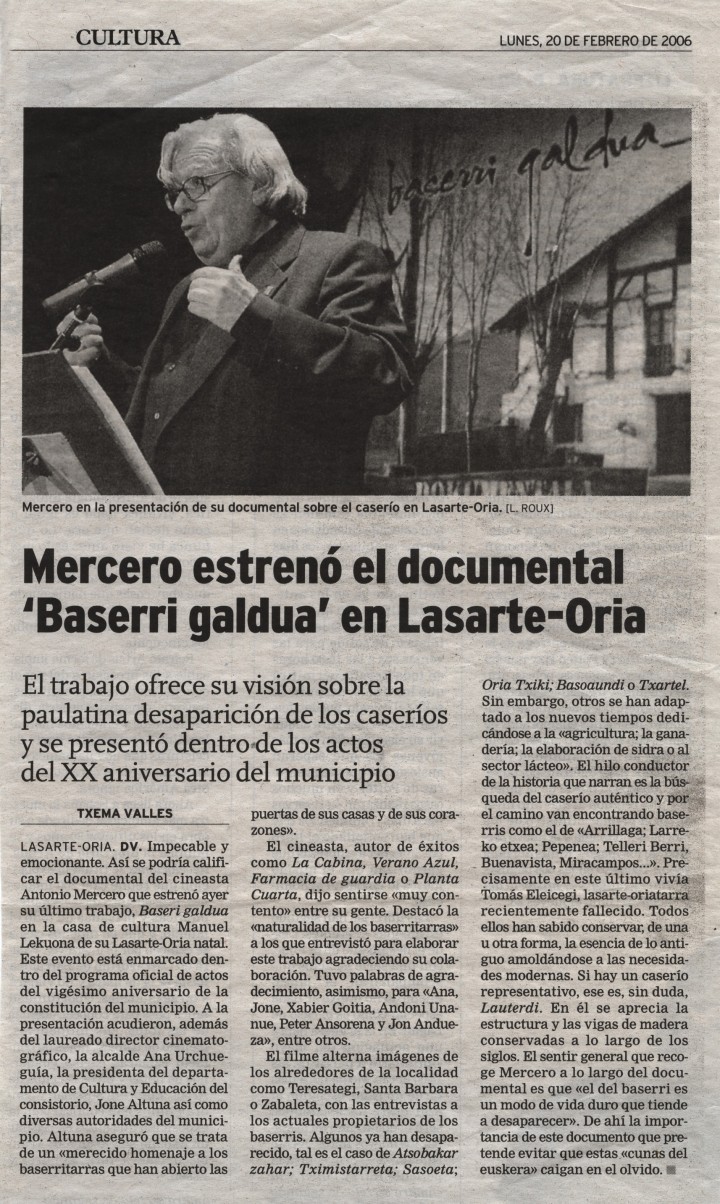 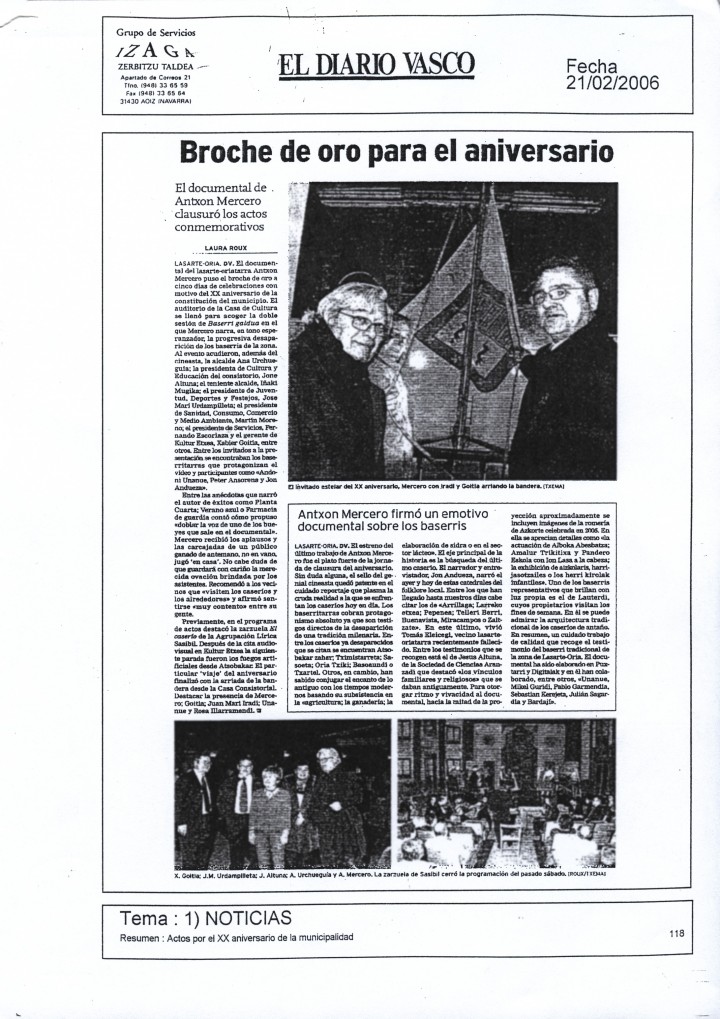 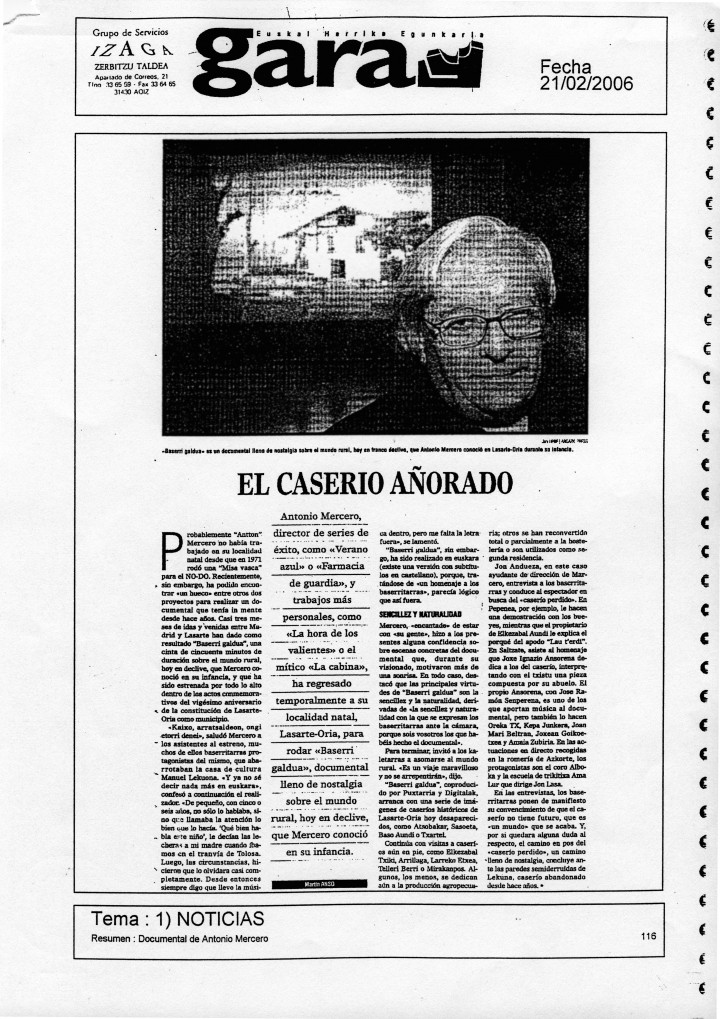